Reunited with our faithful Ithaca, it was time to hit the road for our first truck journey, and our first bushcamp.  As everyone settled into the truck and started to explore the many goodies on board – fridge, library, games, stereo to name a few – we headed south.

Our first bushcamp was definitely memorable…  Patagonian weather is unpredictable and often extreme, with bright sunshine one minute and a howling snow storm the next.  And so it was that we found ourselves setting up camp in a wild storm!  It was clear that several of the group were wondering what they had got themselves into with this camping lark as they desperately tried to hold onto their tents that were in danger of sending themselves, Mary Poppins-style, over the surrounding hills, not to mention the fact that we all ended up soaking wet!  And then, just as quickly as it had arrived, it was over.  The wind died down, the rain stopped and the sun even made a brief appearance.  Four seasons in one day?  Try one hour. 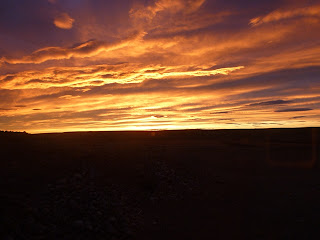 After finally getting camp set up and changing out of damp clothes, we enjoyed our first truck meal, soup followed by spaghetti bolognaise.  A warming feast that restored spirits.

The next day we had our first border crossing of the trip, from Argentina into Chile.  It was a fairly gentle introduction to borders, although Chile’s strict quarantine laws make it impossible to take fresh food across the border so a customs inspection gave everyone the chance to practice loading and unloading the back luggage locker.  And then with the thunk of a stamp, we were in, and our journey continued.  A quick shop to stock up on supplies for the coming days, and we headed for the Torres del Paine National Park and our lovely campsite on the shores of Lago Pehoe. 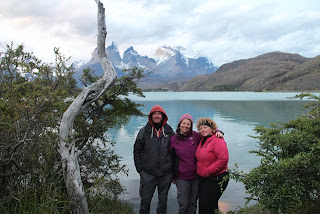 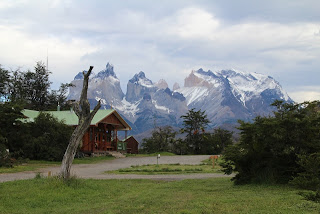 Torres del Paine is considered to be one of South America’s best national parks and for many of our group, the opportunity to “hike the W” was something they had planned for many months.  The network of refugios (huts and hostels) along the route make it possible to do a multiple-day hike carrying only your day bag, or there are campsites for those hardier soles keen to carry their own tents and food.  And so 15 of the group set off on the 4-day, 3-night hike.  Here is what they looked like before… 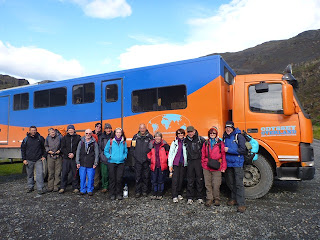 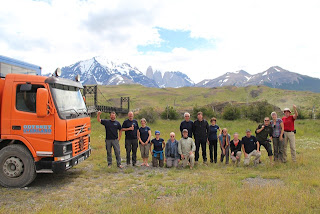 We are delighted to say that everyone successfully completed the hike, and all came back elated, if not a little stiff and sore.  The highlight?  Well, for some the highlight was having the opportunity to hike amongst stunning scenery and soaring granite peaks.  For others it was the feeling of achievement at having completed such an epic hike.  But for most, the highlight was the views over the incredible tower peaks which they reached on the last morning. 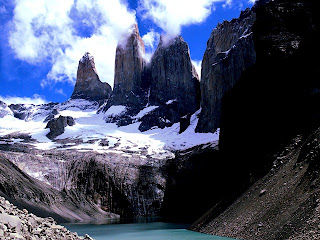 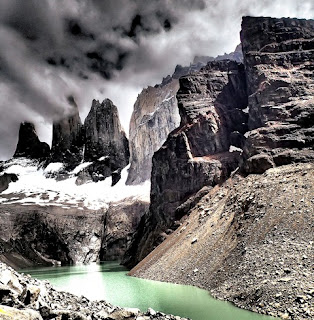 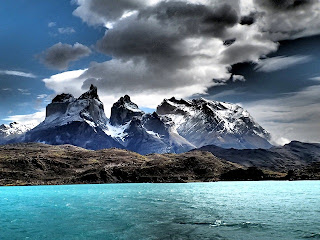 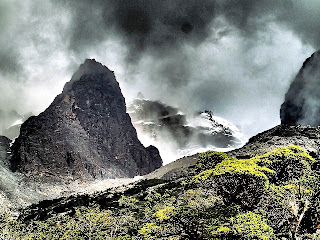 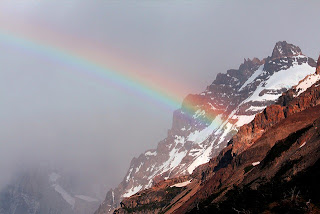 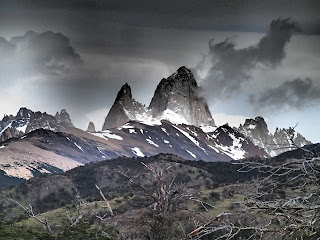 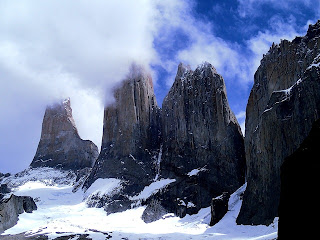 For those not keen on a multiple day hike, there were plenty of options for shorter hikes, or no-hiking-required boat trips.  Vanessa, Pete and Kirsten headed off on a day hike to Lago Grey and the Grey Glacier, which can be reached in an 8-hour round trip hike.  Mikkel and Anthony combined the Lago Grey hike with a quick foray into the Valle Frances as well, while Karen and Steve opted for a boat trip on Lago Grey to see the glacier up close. 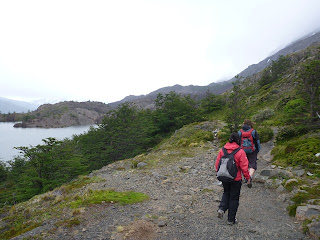 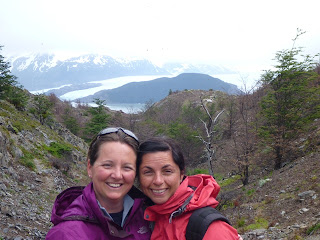 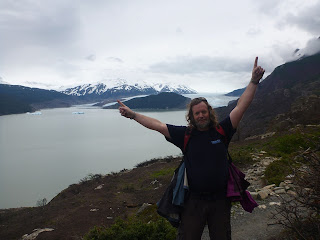 Leaving Torres del Paine hopped on the ferry across the Magellan Straits, happily avoided the surrounding storms and found a lovely bushcamp with views over the straits where we were rewarded by a lovely sunset.  Then it was time to say farewell to Chile (at least for the moment) and return to Argentina, heading for Ushuaia, the southernmost city in Argentina, and the self-proclaimed “Fin del Mundo” (end of the world). 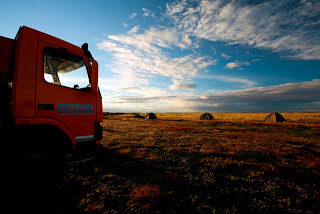 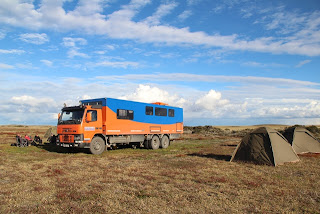 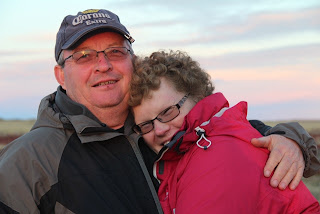 Posted by Odyssey Overland at 06:35