The times, they are a’changing

After our busy week in Salvador celebrating carnival, it was time to head for the hills, well specifically the Chapada Diamantina Park.  It was an easy drive out of Salvador thanks to the fact that most of the country was still in carnival mode, and then out through the Bahia province and away from the coast which we will only see again when we reach Venezuela in a couple of weeks’ time. 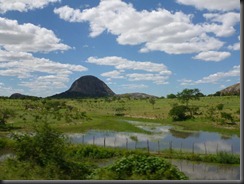 Our first stop was Lencois, a former diamond mining town.  It is a very pretty little town, with cobbled streets, brightly coloured buildings and al fresco dining every evening, although the width of the streets is decidedly un-truck-friendly!
The town is great to wander in its own right, but our reason for coming here was to explore the hills, rivers, waterfalls and caves of the Parque Chapada Diamantina.  Most of the group headed off on a full day tour which turned out to be slightly more strenuous than expected (particularly in the heat - although we are all more accustomed to the heat than we were a couple of weeks ago, we still have a way to go!), but gave everyone the chance to see highlights of the area such as Camel Mountain, the Blue Cave and some of the areas many waterfalls. 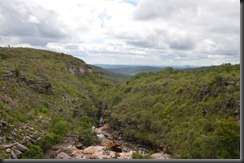 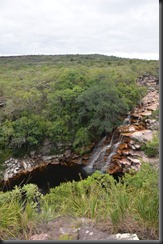 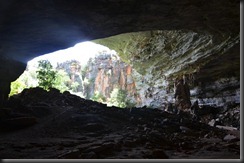 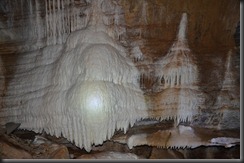 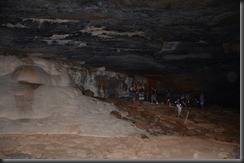 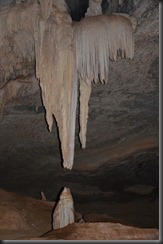 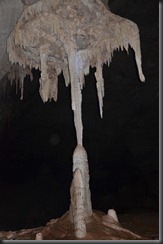 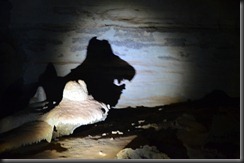 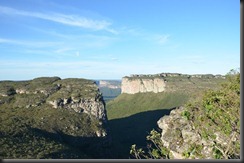 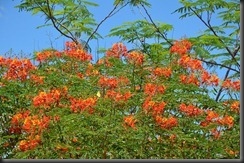 The rousing pre-dawn chorus of dogs barking and cockerels welcoming the new day was less of a highlight, and at times it seemed this sleepy little town was noisier than Salvador in the midst of carnival!  Perhaps another caiprinha or two in the square would have helped?

From Lencois we continued our journey first west then south, heading for the administrative capital of Brazil, Brasilia.  Along the way we passed through agriculture of a mind-blowing scale – for hundreds of kilometres, stretching off to each side of the road as far as the eye could see there were massive plantations of soya, cotton, maize/corn and other staples.  As well as reminding us of the sheer size of Brazil, the scale and intensity of production also seemed to be a good indication of why Brazil is considered to be an up and coming economic powerhouse.  The roads however can sometimes can be a bit of a challenge…
Brasilia was built in the 1950s as a result of political pressure to move more population into the centre of the country, and also to demonstrate that Brazil was a country of the future.  From the air, the city resembles a bow and arrow or an aeroplane.  From street level, navigating involves deciphering a set of letters and numbers which although very logical to those who developed them, are a tad bewildering to the casual visitor when directed to “SRPN Quadra 2”.  While the physical design and overwhelming concrete-ness of the city don’t immediately appeal to most, the concept behind the city is fascinating, and there are some extremely striking architectural highlights which we were able to visit on a great guided tour of the city.  The only hitch on our tour was some confusion over the start time – having changed our watches in each of the previous couple of days thanks to the province-by-province approach to time zones, after a delicious cooked breakfast of bacon and eggs we were all ready and raring to go on the tour… an hour early… thanks to the end of daylight saving / summer time!  There were calls for the rest of the trip to be run purely on Odyssey time, it certainly seems much easier to keep track of!

The designer of the city was given carte blanche to create a city of the future.  He split the city into sectors, each one specialising in one aspect of life – whether that be the shopping sector, the club sector, the museum sector, the hotel sector, the residential sector etc.  Even today, there are prohibitions on the types of buildings or businesses that can operate in each sector.  The residential sectors are further split into “Super Quadra” which are neighbourhoods designed to accommodate 3,000 people, and each four Super Quadra is designed to be complete with the services they require – church, school, police station, local shopping street etc.  Apartment blocks have been separated into those for families (with large multiple-bedroom apartments) and those for single people which are much more modest in size.  The city feels very organised and calm (and hence unlike any other city we have visited in Brazil!) but perhaps also a little sterile and controlled.

Our tour of the city included a visit to the first residential area developed in Brasilia, the memorial to President Juscelino Kubitschek (aka “JK”) who was instrumental in building the city, the metropolitan cathedral, the Dom Pedro Sanctuary, the President’s palace, the JK bridge, and the most important plaza in the city, Praca do Tres Poderes, the “three powers” plaza which is surrounded by the presidential, judicial and political seats.  We finished our tour at the TV Tower where we could look out over the city. 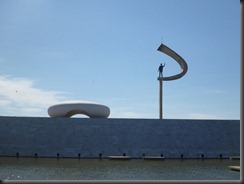 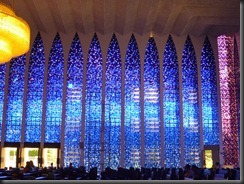 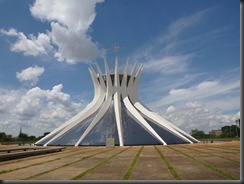 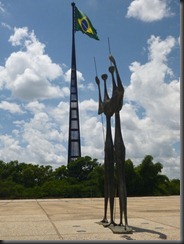 Leaving Brasilia after our morning’s tour, we continued our journey west, finding a fantastic bushcamp on the edge of a lake.  Arriving just as darkness fell, it wasn’t long before the activity and lights on the truck brought the neighbours out to visit.  At first suspicious, it didn’t take him long to relax with a cry of “oh, gringos!” (the “crazy” bit was implied in his tone and subsequent smile!) and welcome us to his property, his land and his country.  Such friendliness, helpfulness and welcomes have become what we expect from Brazilians, who all seem delighted that we are visiting their country.
Awaking early (as is the norm when bushcamping) and wishing Pete a happy birthday (complete with balloons tied to the wing mirrors) we continued on our way, aiming for another bushcamp.  An accident on the road delayed us by a couple of hours, so alternative plans were made and we found a hotel for the night, and a nearby restaurant was quickly called into action for a quiet celebration of Pete’s birthday, with plans for a more fitting celebration to come further down the line.

Brazil’s cities have generally charmed, interested or delighted us, but we found an exception – the city of Cuiaba, which may now lay claim to being one of our least favourite cities in the world courtesy of roadworks which have been ongoing for 8 years or so!  Diversion signs came and went, we were turned down tiny roads barely big enough for the truck, and it seemed as if we were spun around in circles, but eventually we emerged, a little dizzy and a lot irritated.  Our attempt to visit an area with clear rivers similar to Bonito (one of our first stops in Brazil) was thwarted by bad roads and heavy rain, so we opted instead for 3 nights in Chapada dos Guimaraes, gateway to the park of the same name.
With stunning red cliffs, dense vegetation, waterfalls and clear rivers, the park and surrounding areas has a lot to offer.  We were lucky to be able to secure the services of two great guides who took us on day trips – the first to a series of waterfalls and swimming holes, and the second to a lovely river where you could float down with a snorkel and mask.  It was a very relaxing couple of days enjoying this seldom visited park, sitting on the town square enjoying a cooling drink, making caipirinhas at the campsite, devouring books and enjoying a couple of days off, or for Keith, choosing to clean out all the kitchen boxes (which he assured us he enjoyed doing)! 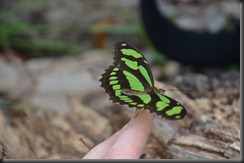 Posted by Odyssey Overland at 13:40