The Girl (on) Ipanema

Welcome to “the Marvellous City”, Rio de Janeiro. We arrived before lunchtime, and most of the group headed off to the famous Copacabana or Ipanema beaches where there are plenty of sights to see, even on a slightly drizzly afternoon.  The beaches are informally divided into sections where people with different interests can get together – whether it be to play volleyball, body-build, sunbathe or similar – the promenade along the beach provides a great vantage point!  Surrounded by the stunning jungle-clad peaks and striking rock formations, Rio’s beachfront can definitely lay claim to being one of the most beautiful in the world.

Every country has their national sport, but perhaps few countries rival the passion for their sport that Brazil does for football – so the opportunity to attend a game in Rio was not to be missed by some of the group.  Drums, singing, banners, flags, shirts – an audio and visual feast!  In the end Botafogo, the team our guys were supporting for the evening drew with Fluminensce, 1-all, but regardless of the result, it was a great night out. 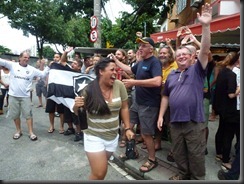 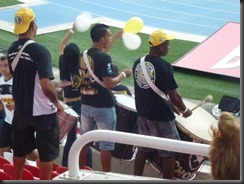 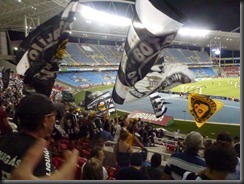 Although the low cloud had lifted briefly during the evening, it had sadly returned by morning, putting paid to hopes of seeing the city from the air on a hang glider.  So instead the group all headed off together on a guided tour of one of Rio's favelas (informal settlements or slums).  For many, the tour was the highlight of their time in Rio, and for some it has been rated as a trip highlight so far (against some pretty stiff competition)!

The favela that the group visited was home to over 70,000 people, with houses densely packed together separated by narrow alleyways. 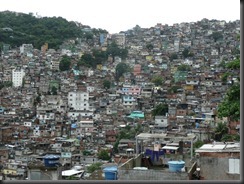 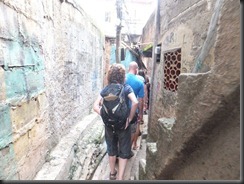 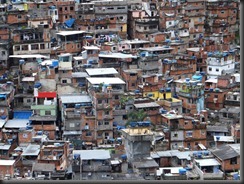 Rio lays claim to one of the most iconic city sights in the world – that of the 38-metre tall sculpture of Christo Redentor (Christ the Redeemer) standing high above the city on the hill known as Corcovado (hunchback).  Low cloud made photography somewhat challenging, but it still remains an impressive sight! 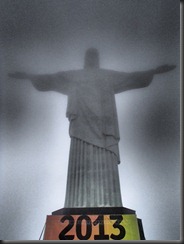 The views from the base of the statue are equally impressive, with Pao de Acucar (Sugarloaf) mountain rising sharply out of the bay. 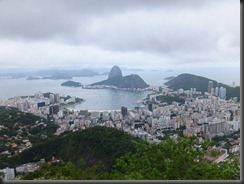 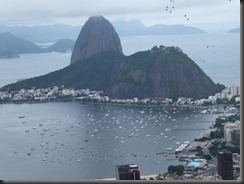 Visiting the top of Sugarloaf as well involved two cable car rides – but not a lot of views at the top, so everyone needed to use their imagination to see the view! 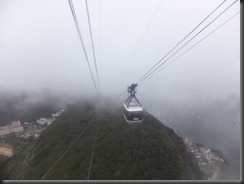 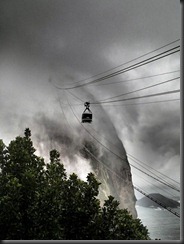 The Escadaria Selaron (Selaron Stairs) in the Lapa area of Rio is an ongoing project as the 215 stairs are continuing to be covered by colourful mosaics. 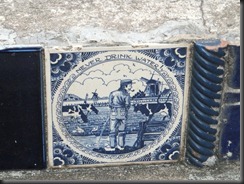 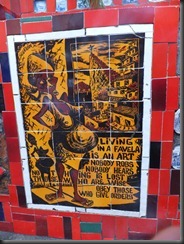 Located just near our hotel, the Catedral Metropolitana de Sao Sebastiao is a huge and unusually shaped cathedral which was constructed over a period of 12 years finishing in 1976.  Resembling a concrete Mayan temple (at best) or some form of military building or bunker (at worst), the vault-like inside is decorated with impressive stained glass panels, culminating in a glass cross at the apex, 60m above the ground.
Despite the slightly inclement weather, Rio worked its charms on many of the group, with some talking about returning for the 2014 football World Cup or even the summer Olympics in 2016!

PS – exciting times when Pete asked Kirsten to marry him on Ipanema Beach.  Suffice it to say, the answer was a resounding YES!

Posted by Odyssey Overland at 06:40